A lot of time and effort went into the making and production of this album. I am an avid lover of Ambient music so the was a labor of love! My version was Inspired by a1990 ambient house concept album by Jimmy Cauty titled Space. Originally intended to be The Orb's debut album, Space was refactored for release as a solo album following Cauty's departure from that group. Space was independently released on KLF Communications, the record label formed to distribute the work of Cauty's other project, The KLF. Space began as a collaboration between Dr. Alex Paterson and Jimmy Cauty, the original line-up of The Orb. Cauty's record label KLF Communications planned to release it as The Orb's debut album,but when Cauty left The Orb in April 1990 to concentrate on producing music as The KLF with Bill Drummond, he took the recordings with him. Reworked to remove Paterson's contributions, the album was released by KLF Communications in July 1990 as an eponymous album, with
Post a Comment
Read more

You Have A Future In The Past (MK3 Mix) 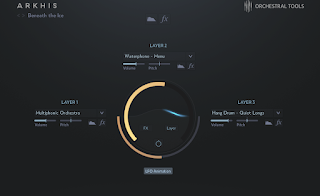 Next Of Kin To Chaos